Tug of war between the Sales and Support Team 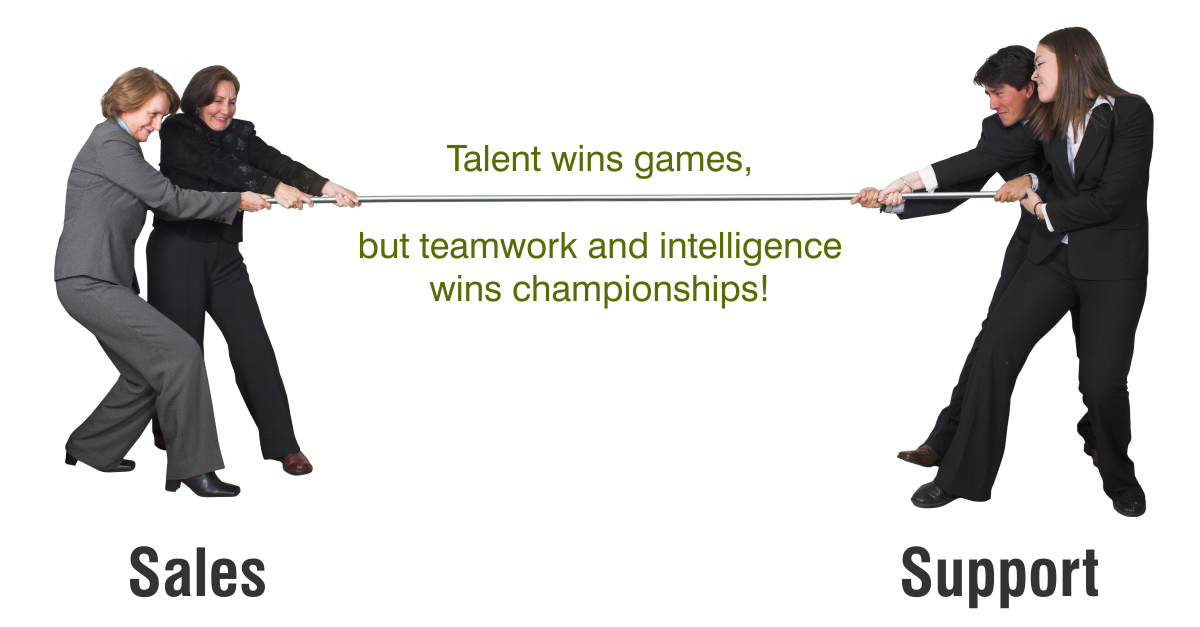 One of the games that I really used to enjoy in my school days was tug of war. There were two teams filled with enthusiasm and energy. Both the teams pull the opposite end of the rope and

attempt to drag the opposition team over a central line. Real fun to support your team! When I joined Vision Helpdesk everything was very new to me. There were different departments assigned with different work and task. I noticed how the sales team and support team deal with the customers to meet with their needs. And I related them to the tug of war teams and was eager to know that which team wins the game! So I started noticing them very keenly.

It is really difficult to achieve your goal unless you work as a team. I was really amazed to see the sales team who were so active in tackling all the customers easily. The support team was also working in the same way. I was really confused to point out the best team. So I listed down all the activities performed by both the teams.

Sales team plays a very major or vital role in the help desk software. They are the one who establishes the relation with the clients initially by knowing their needs and requirements. Some of their duties or responsibilities are as stated below:

1) Assisting the customers:
Sales person assist or guides the customer to make a right choice of the product depending upon their requirement. They are the one who answer the customers for their queries.

3) Knowing customers’ requirements:
They are the one who deal with the customers and through a better communication keep a track of their requirements.

4) Improving the product:
The feedback that the support team gets from the customers plays a very important role for the improvement of the product.

Winner of the Match:
After keeping a note on the duties and responsibilities performed by the Sales team and the Support team, I was a bit confused to decide the winner of the tug of war match. According to me I came to the conclusion that, sales team was the one who dealt with all the clients initially. They are the one who assist the customers for the product. But if the customer is facing any of the issue then the support team steps forward to resolve it for them. It is the fact that if the customer is happy with the support provided to them then he will tell good things about you to others. Thus gradually it will increase the sales of your company. This can be explained as below:

This site uses Akismet to reduce spam. Learn how your comment data is processed.