Vision Helpdesk proves to be beneficial for Educational institutions! One of them is Gravesend Grammar School! 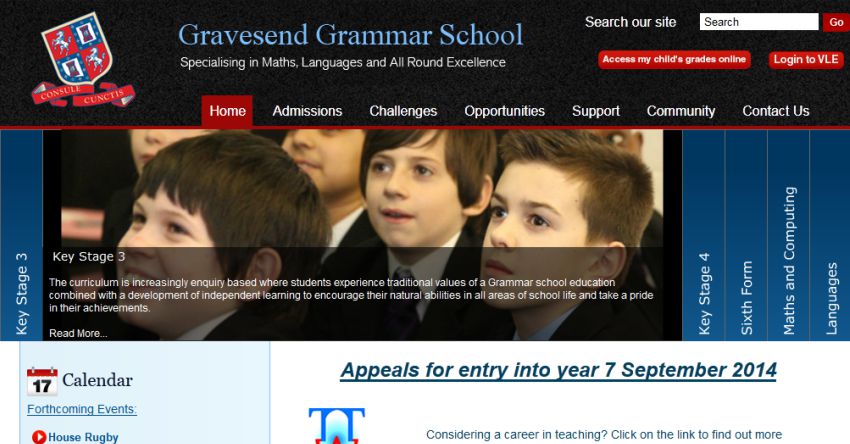 The school treats the students with a respect and maturity that allow them to develop into fine young men, who can contribute constructively to society and make a difference to others less able. The school also provides various opportunities to the students. The curriculum work is supported and enriched by visits to theaters, sites of historical interest, geography fieldwork and visits to Europe and beyond. They succeed at things other than just exams and they have an awareness of the value of things creative, dramatic, musical and sporting. The school also provides opportunities to the students to play a range of interests. Also at the end of the year they have the prize giving events. The students who have showed outstanding progress, effort and academic achievement throughout the year are rewarded at these events. This is a way for the parents and also the students to celebrate their success.

The motto of the school is Consule Cunctis which means take thought for everyone. It is a most appropriate School motto and runs through the pastoral care system. The Form Tutor takes responsibility for the well being of students and for monitoring their social and academic progress.

The solution offered by Vision helpdesk to meet the requirements of Gravesend Grammar School is as stated below:

1) Distinguishing between the tickets:

2) Answering to the questions asked frequently:

There were questions that were asked frequently by the parents during the admission process. So they wanted a way in which they could save the time of the staff members. The solution that was offered was Quick insert or the predefined replies. It also helps to create the Selfhelp knowledge-base articles and this can be used any time while answering to the tickets. The time of the staff members was saved because of this.

3) Timely response to the queries:

They wanted a way in which they could automate their ticket flow. The solution offered for this was Workflow. Using workflow the desired action is performed on matching the specific criteria conditions. Thus it acts as the decision maker tool and easing the task.

5) Measure and analyze the metrics:

Meeting with the requirements of such an educational institution was a real privilege for us. Gravesend Grammar School is doing such a noble cause of educating the young minds. Thus all their requirements of distinguishing between tickets, Answering to the frequently asked questions, timely response to the queries, Automating ticket flow and measuring and analyzing the metrics of the organization was met properly!